Hedging Your Wealth Against Inflation 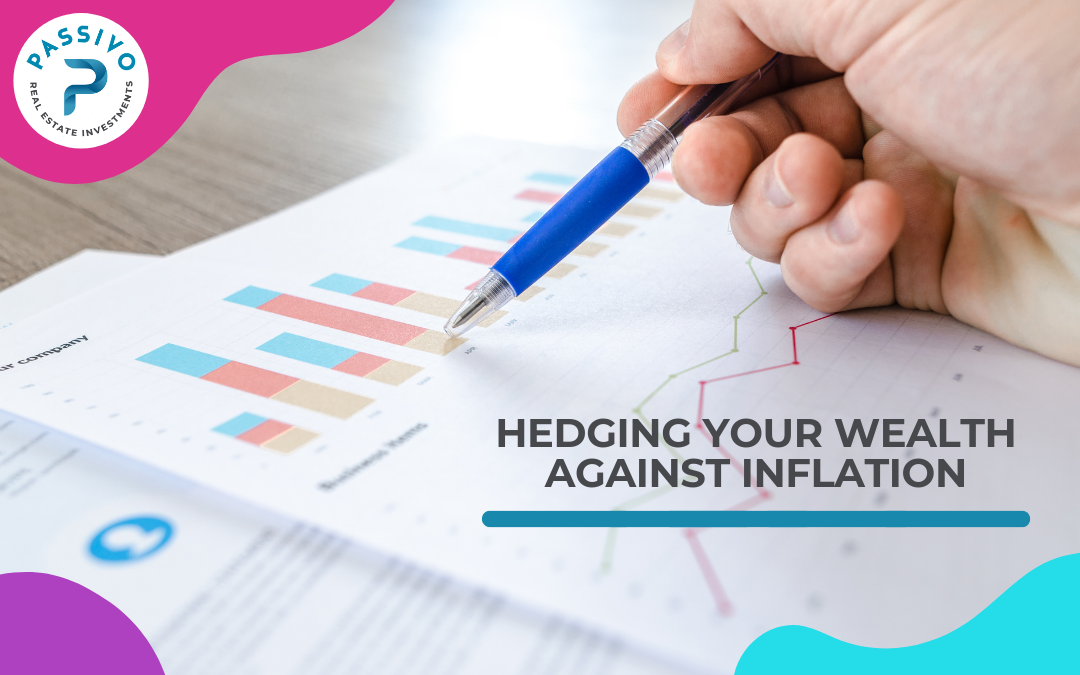 In May 2021, the U.S. consumer price index rose 5% compared with a year ago. This was the largest increase since the summer of 2008.

Your money tomorrow is going to buy less than it would today. You know it, we know it, and everyone is scrambling to do something about it.

So let’s talk about a sober and realistic outlook on near-to-mid-term inflation, and what you can do to get ahead of it.

But Is There Really Inflation (And Is That A Bad Thing)?

But the bottom line is that a major part of US federal fiscal policy is to facilitate some level of inflation.

Since it’s better to err on the side of caution, we can look at what the target inflation is said to be, and then we must also consider that the actual inflation is a bit more extreme than what is officially reported.

So the mainstream opinion is that some level of inflation is a sign that the economy is healthy.

Basically everyone agrees there is inflation. The Federal Reserve makes it a policy of trying to target ~2% inflation “for the economy’s health.”

Now, inflation can be measured in several different ways. And there are varying terms to describe the basket of prices being measured.

The core inflation rate, at time of this writing, was measured around 4.3%. Meaning these “core” prices are 4.3% higher than they were last year (August 2021 compared to August 2020). Core measurements include food and oil prices.

Further, many current economists are confident that inflation rates will stay above 3% at least in the short term. The kicker is that most people’s paychecks haven’t increased at the same pace as these prices.

So at the very least we can say that the predominant economic orthodoxy is that there must be inflation, but that current inflation is even higher than that.

There are a lot of moving parts, but we can identify a few causes:

The bottom line is that with any inflation, let alone higher than “expected” inflation, you need your money to be working for you — growing at every opportunity.

Of course, this is one of the reasons we all invest.

However, when prices for goods and services rise, the yield on cash and fixed income investments erodes. This is called inflation risk.

So we need a better plan…

How To Protect A Dollar That Is Losing Value Every Second

Again, whether inflation is a little or a lot, whether you think it’s a good or a bad thing on a macro scale, the bottom line is that merely holding your money or using conventional investments will result in a loss of purchasing power in the long run.

Unlike bonds and cash which lose purchasing power when the cost of goods and services are rising, CRE is a fantastic hedge against inflation. It holds intrinsic value, is in limited supply, and is a yielding asset.

There are two incredible factors of commercial real estate (particularly multifamily) that come into play:

In terms of construction costs, as prices increase for things like wood, copper, and labor, the values of newly constructed real estate assets increase as well. This also results in price growth for older assets, and of course for renovated ones.

Now on to lease structures…

Set expiration periods allow landlords to renegotiate rental rates with tenants. They can also remove tenants who disagree with increasing rates. So, as prices rise, landlords can increase rental rates to keep pace with inflation.

Over the past 30 years, the average annual growth rate for multifamily asset values has more than doubled the annual rate of (reported) inflation in the U.S.

There is an old saying that goes “Don’t fight the Fed!”

They have consistently described inflation as being “stubbornly low” since 2009, so you can make a reasonable assumption that they are okay with at least a small uptick in inflation and that this may continue. And the doom and gloom type outlook would go much further and say it may eventually get way out of hand.

Either way, you’ll want to be invested in a necessity-based asset like multifamily apartments.

Even though they are an investable asset, the primary purpose is to provide shelter. And there is tremendous friction (cost, time, effort) for people to move. The primary substitute of a multifamily apartment is buying a home. Yet the circularity of rising rental prices due to inflation creates more friction through increased home prices.

So as usual, investing in multifamily syndications brings many benefits… one of which is hedging against inflation.